Pee Wee’s at the Point 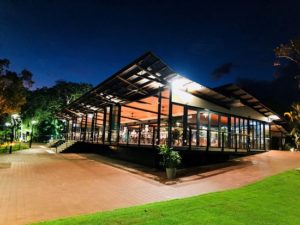 Originally the restaurant was built on a site called Pee Wee’s Camp which was established in 1911 when East Point was developed to protect Port Darwin against naval attacks. Pee Wee’s has nearly four acres of absolute waterfrontage in the natural ambiance of East Point Reserve.

The site has been recognised as having significant heritage value and has been listed on the National Estate of the NT Heritage registers.

Where else can you find an entire events team available to assist you with your National Conference and Event Planning and at no expense to your organisation?

Are you spending hours researching venues and swimming in pricing proposals and emails?

Do you need even more support?          engageHQ is our Management arm that offers you Conference and/or Event Management services at very competitive rates, as venuHQ performs so many of these services still for free!